Limestone head of the Buddha 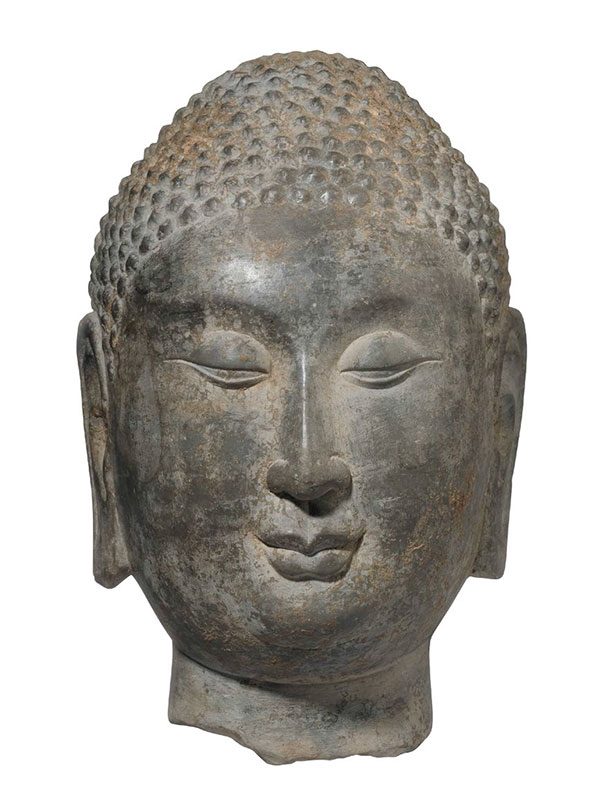 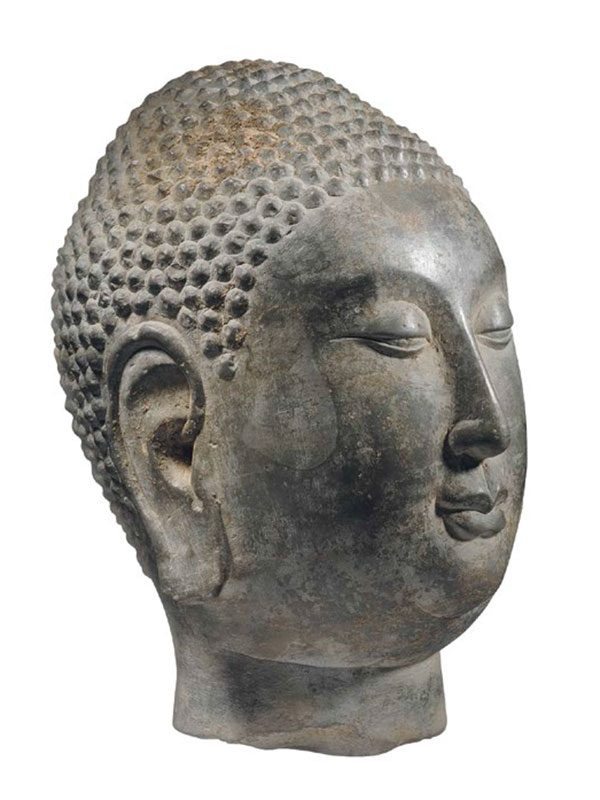 A limestone head of the Buddha, the full face with serene expression, downcast eyes with elongated eyelids underneath arched eyebrows, a slender and pointed nose, large pendulous ears and a mouth with cupid bow lips.  The hair is carved in neatly arranged rows of tightly rolled curls, rising over the smoothly raised ushnisha, which symbolises his attainment of reliance in the spiritual guide. The uniformly grey-coloured stone has considerable encrustations of hard earth.

The Northern Qi was one of the kingdoms in the Northern and Southern Dynasties. The Northern kingdoms, mainly built by non-Han people, established a distinct cultural identity by embracing multi-ethnic cultural influences and adopting Buddhism as the state religion, in contrast to the traditional Confucian values of the Southern Dynasties. During the Northern Qi dynasty the aristocracy, lead by military circles of nomadic origin, was not only hostile to Chinese influence, but has a predilection for the foreign and exotic, as is clear from the Indian Gupta influence in much of their Buddhist art.1  Stylistically, both the type of carving and the general style of this superb, serene head of Buddha are very close to sculpture from Qingzhou, in Shandong province, exhibited at the Rietberg Museum in Zürich and the Royal Academy in London in 1999.  Some closely comparable Northern Qi limestone heads of Buddha were amongst a hoard of sculpture unearthed in 1996 at the Longxing Temple, Qingzhou and are now in the collection of the Qingzhou Municipal Museum.2  A further comparable full sculpture of the Buddha, identified as also having originated from Shandong province and dated to the Northern Qi dynasty, is in the Aurora Foundation collection and was exhibited in the National Palace Museum, Taipei in 1997. 3