Limestone Sculpture of the Buddha 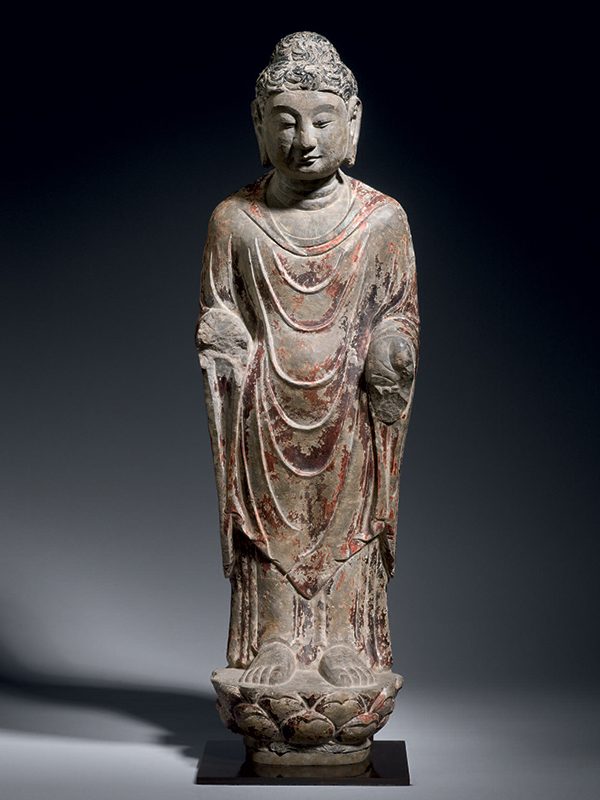 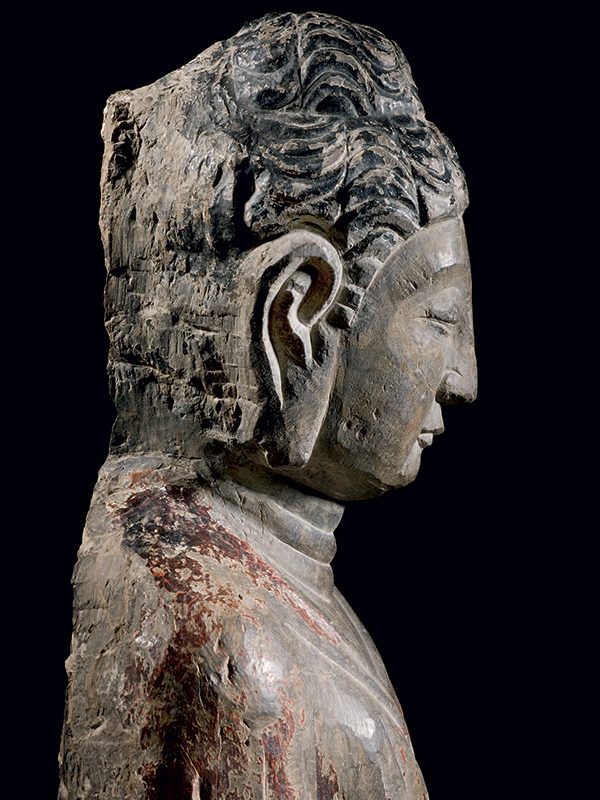 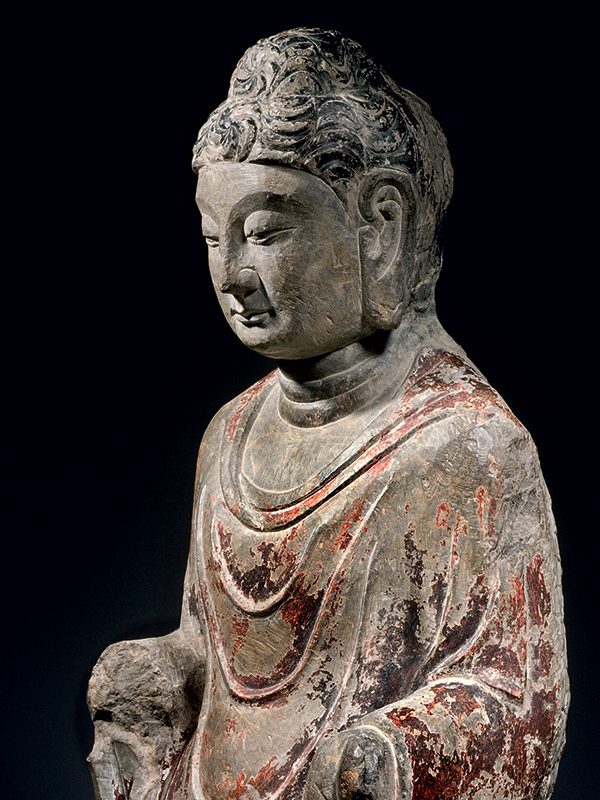 A limestone sculpture of a standing Buddha, dressed in all-enveloping, elaborately pleated robes, standing on a lotus pedestal. The Buddha has raised his right hand (now missing) in abhaya mudra, the hand position indicating ‘fear not’. The left hand points downwards in varada mudra, signifying ‘your wish is granted’. The head is crowned with an elaborate hair arrangement, pleated strands and a high chignon. The face has a peaceful expression with slanted eyes, pursed lips and a sharply delineated nose, and the ears have long earlobes. Elaborate traces of a deep red pigment are visible on the pleated robes.

This fine carved limestone standing figure of Buddha is a rare example of Buddhist sculpture of the Tang dynasty. The typical Tang style of the Buddha’s hair, the plump face and the rather chubby feet are characteristics of the eighth century and in particular represent the influence from Indian Gandharan sculptures. The Buddha wears triple robes, with the upper garment lying cape-like over his shoulders and the ends draped over his forearms; the shawl further covers the upper part of the body. A closely comparable, larger limestone standing figure of Buddha, similar in various details such as the costume and the facial expression, was excavated in 1982 at the southern Leigutai Cave of the Longmen area in Henan province, and is dated to the eighth century.[1] The close similarity to the latter sculpture leads one to assume that this sculpture is possibly also from the Longmen area.