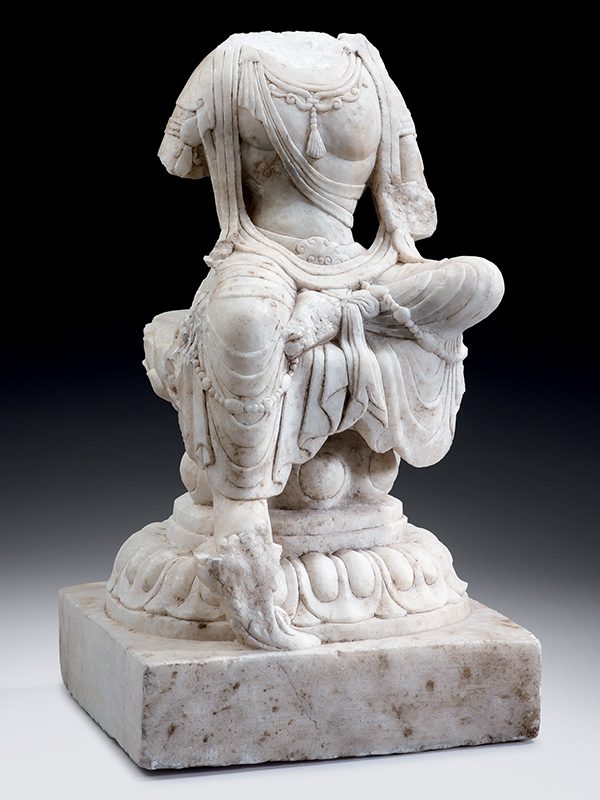 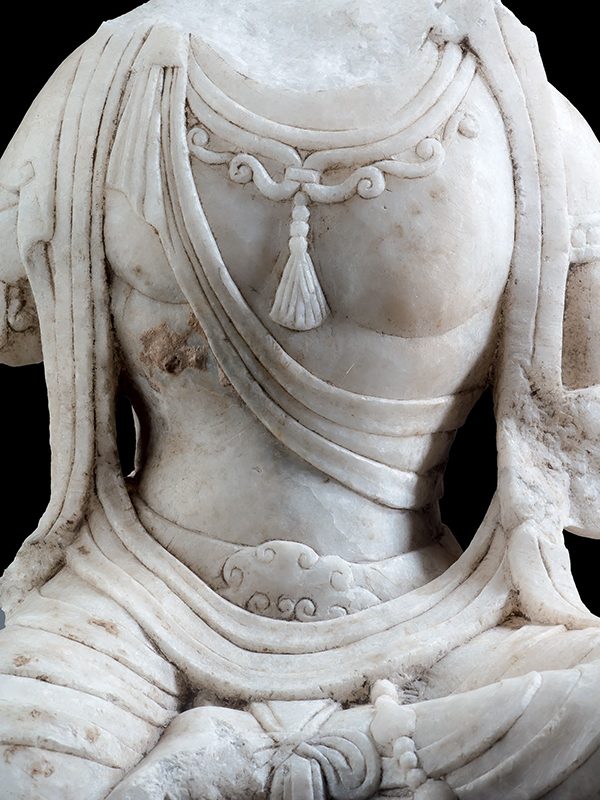 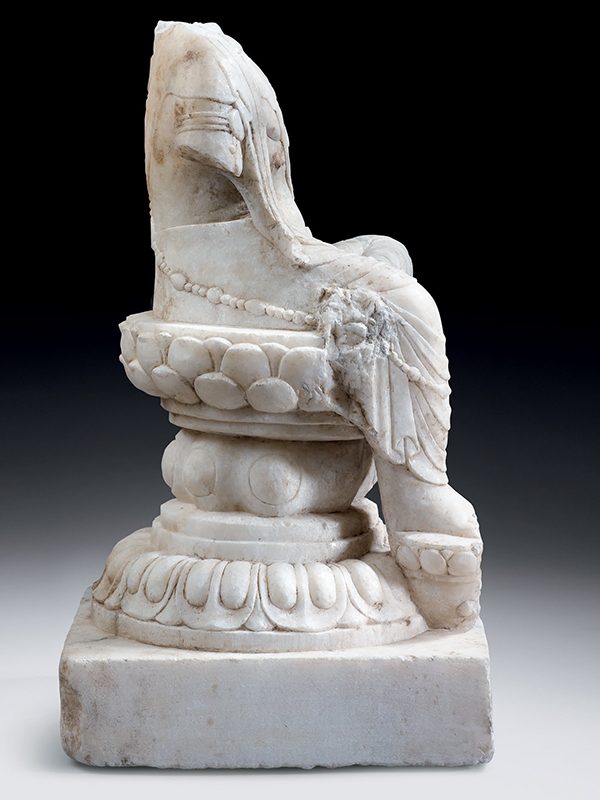 Marble sculpture of the body of a Bodhisattva

A white marble sculpture, depicting the headless body of a Bodhisattva, seated in ‘royal ease’ posture, with the left leg drawn up and the right leg dangling downwards.  The deity sits on a large throne in the shape of composed lotus pods with well-detailed leaves, which in turn is supported by a square plinth. The figure is dressed in elaborately pleated garments, leaving the chest exposed.  Numerous strands of beads adorn the figure’s neck and body.

The bodhisattva depicted here is Guanyin, the most commonly used Chinese translation of the bodhisattva known as Avalokitesvara. Guanyin is the Buddhist bodhisattva associated with compassion. Although this is obviously part of a complete sculpture, the very fine detail shows what a great piece of sculpture this would have been originally.  A comparable sculpture of a bodhisattva, also partially preserved and seated in the position of ‘royal ease’ on a double lotus throne, executed in limestone and ornamented in a very similar way, was included in the 2005 exhibition Tang.1   It serves to give an impression of approximately what the sculpture including its head would have looked like. A comparable headless bodhisattva sculpture from the collection of the Palace Museum, Beijing, depicted standing on a lotus base, is illustrated by Paludan.2 Another comparable headless Tang dynasty marble sculpture of Guanyin, also depicted standing on a lotus base, wearing very similar draped garments and jewellery, is illustrated in The Art of Contemplation.3