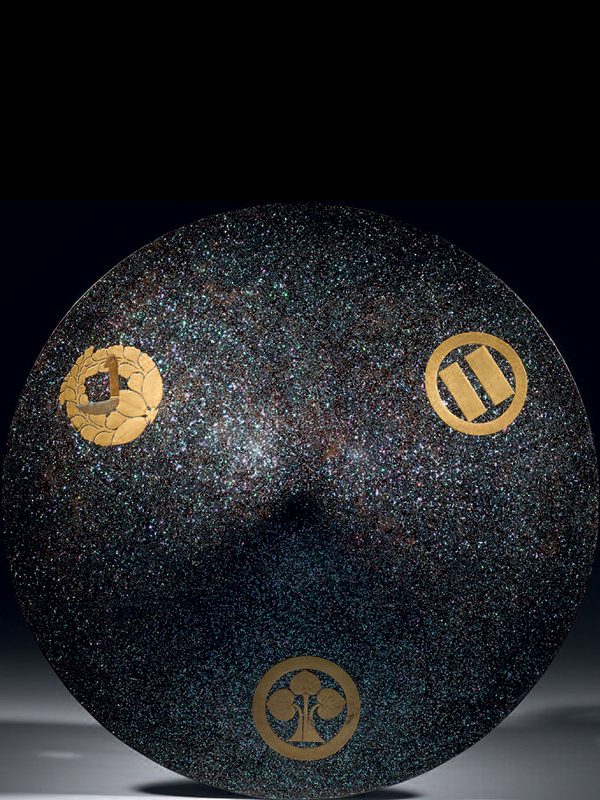 A wooden jingasa of round form with conical top. The hat is covered all over with tiny pieces of mother­-of­-pearl and is decorated to the edge with three circular crests (mon) painted in gold. The interior is lacquered in gold and a padded head cushion and straps are fitted to it.