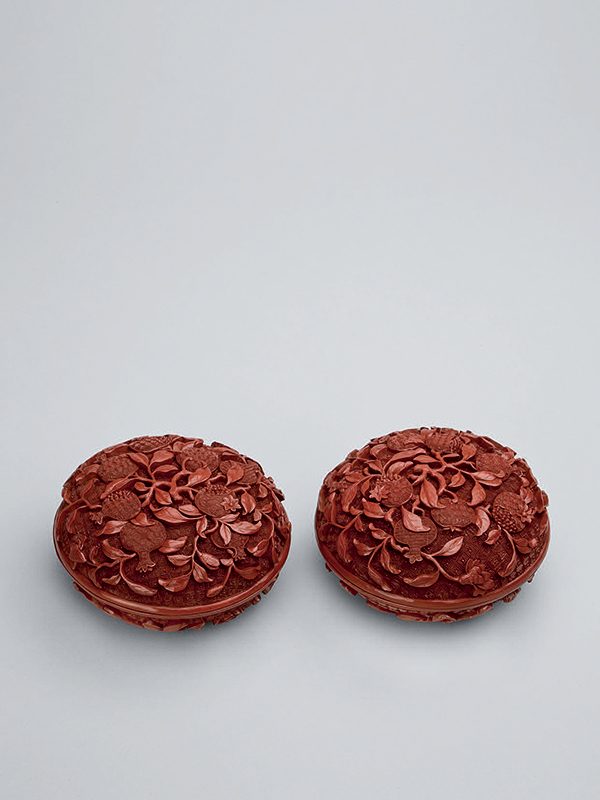 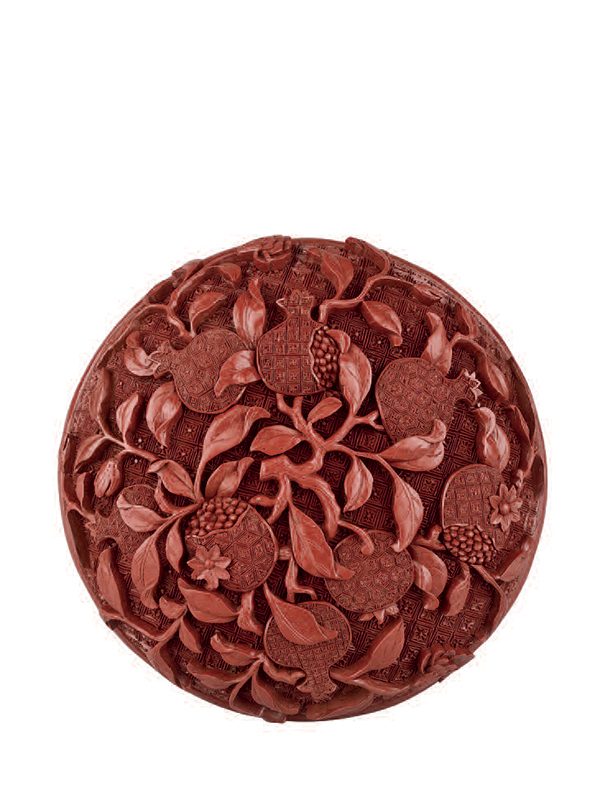 A pair of red lacquer boxes of circular form, both with a domed cover and a base of equal dimensions. The cover and base section of each box are both carved with a dense high­-relief design of pomegranate fruits with leafy stems and flowers. Each cover is decorated with eight pomegranate fruits and the base section has four.  The design is set on a starburst diaper ground. The surface of each pomegranate fruit is detailed with a different design including starburst diaper, wan diaper, a triangular pattern and a square geometric design. The interior of both box and cover is covered in a layer of plain black lacquer.

The fine carving on this beautiful pair of lacquer boxes is indicative of the skilful craftsmanship in this decorative art during the mid­-Qing dynasty. The relatively heavy weight  -of these boxes indicates the presence of a metal body, a rare feature, as most lacquer objects of this period have a wood core.  It is also rare to find a pair of lacquer boxes; boxes were made in pairs at this period but have not often survived together. The pomegranate, which originated in Central Asia, has been cultivated in China since the third century and is appreciated not only for its blossoms but also for its fruits, whose numerous seeds make it a symbol of fertility.[1] A red lacquer box in the form of a pomegranate fruit, incised with a Qianlong mark on the base and of the period, is in the Qing Court Collection at the Palace Museum, Taipei.[2]  Another lacquer box in the form of two conjoined pomegranates, similar in the carved decoration to both sides and in the starburst diaper ground, is in the Linden Museum in Stuttgart.[3]