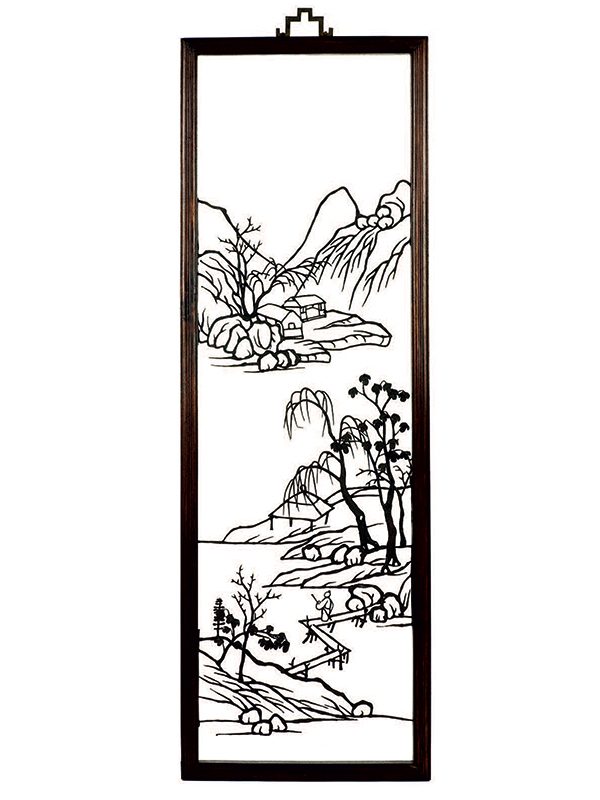 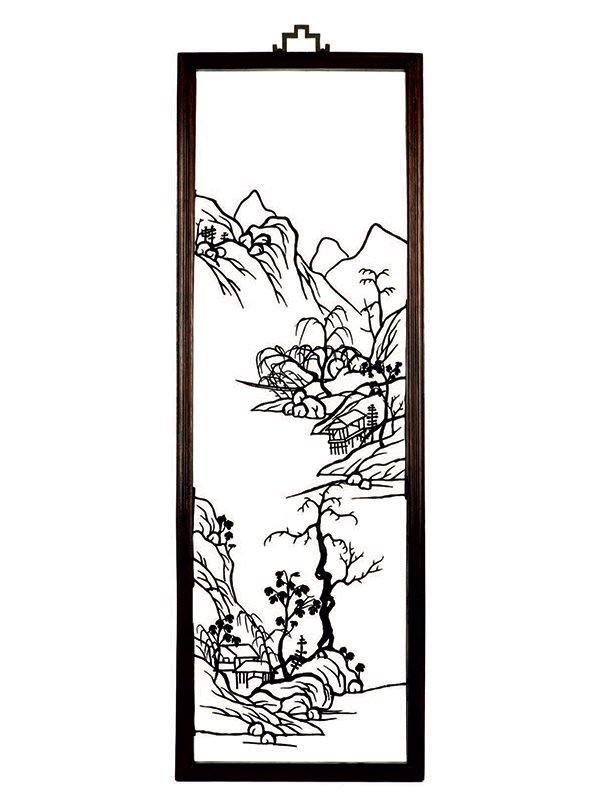 Four iron ‘paintings’, tiehua, each depicting a landscape featuring small huts before mountains, amidst willow, plantain and other leafy trees. The wrought iron elements are made individually and jointed together with bolts. In one of the paintings a figure clutching a pole under his left arm stands on a bridge in the foreground. Each iron painting is contained within a hardwood frame.

The exquisite quality and striking composition of these four panels puts them amongst the finest examples of iron imitating ink paintings. Developed in the 17th century in Wuhu city of Anhui province, the technique was derived from hammered iron candleholders in the shape of flowers made for Buddhist temples, hence its name in Chinese tiehua, which literally translates as ‘iron flowers’. The invention of tiehua is attributed to a Wuhu blacksmith, Tang Peng (also known as Tang Tien­chi, 1644 ­ 1722), who was inspired by the Chinese ink paintings depicting landscapes painted by Xiao Yun­Cong (1596 ­ 1673).[1]  It was not until the 18th century that the art of tiehua was first noticed by scholars in Beijing, who started to laud its beauty in poems. A set of four 18th century iron paintings representing the seasons is in the collection of the British Museum, one of which, depicting chrysanthemums, is illustrated by Jenyns.[2]   A comparable set of four iron paintings dated to the 17th century was included in the exhibition, The Chinese Scholar’s Studio: Artistic Life in the Late Ming Period at the Shanghai Museum in 1987.[3]

PROVENANCE
Private collection, U.S.A, purchased from the descendants of John Reilly Jr., who acquired them in China c. 1925 – 30