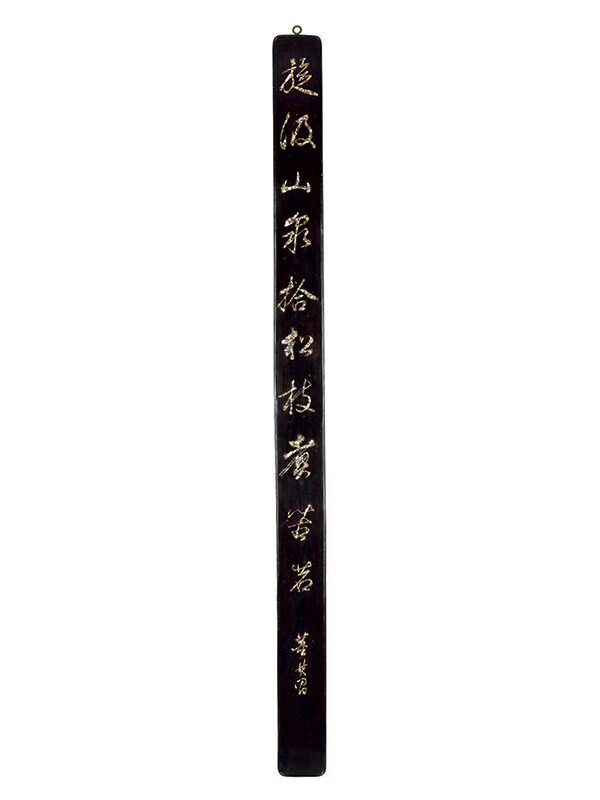 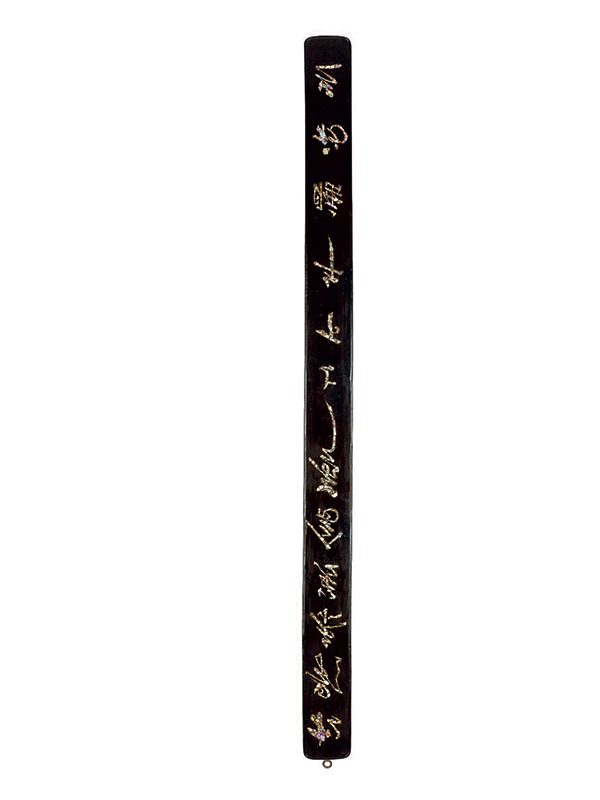 A pair of black lacquer panels inlaid with pieces of mother­-of–pearl with an inscription of 25 Chinese characters in semi­-cursive script, including 22 larger and 3 smaller characters. The larger characters are an aphorism originally from an article recorded in the He Lin Yu Lu. The three smaller characters are the name of Dong Qi Chang (1555 ­- 1636), a famous Chinese calligrapher and painter of the late Ming dynasty.

The inscription on these panels can be translated as follows “The shadows of the pine trees entangle, the sounds of the birds around. After an adequate nap, presently collect some mountain spring water and gather pine branches to cook a bitter tea.”  These panels, delicately inlaid with tiny pieces of mother­-of­-pearl, would possibly have hung in a scholar’s studio, the meaning of the aphorism representing an ideal life style for Chinese literati. Originally recorded in the He Lin Yu Lu, a publication dated to the Chuanyou reign (1241 ­ 1252) of Emperor Lizong of the Song dynasty, this aphorism was popularly repeated by various literati later in the Ming dynasty. A calligraphy scroll including the same sentences,  written by Wang Xideng and dated to 1587, is in the collection of the Palace Museum, Beijing.[1]  A mother­-of-­pearl inlaid lacquer tablet with the rules of the Sima Wengong house and dated to the Ming dynasty, 16th century, is in the Tokugawa Art Museum.[2]  A small mother-­of­-pearl inlaid lacquer stand for an incense burner, depicting 24 characters and dated also to the Ming dynasty, is in the same collection.[3]