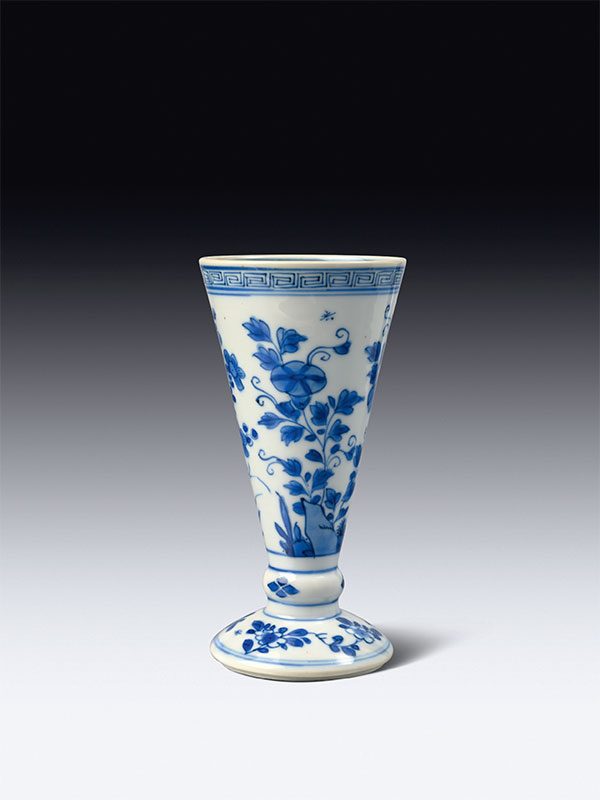 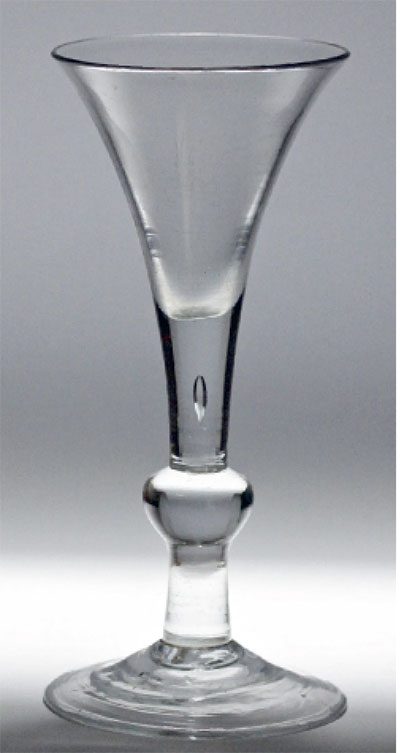 A porcelain beaker vase of European style, the vase itself with straight sides, tapering down towards the knopped stem with a slightly domed base. The sides are painted in underglaze blue on a white ground with abundantly flowering branches issuing from rockwork. Insects hover in the sky between the flowers. The top is surrounded by a band of key fret pattern, the base depicts two floral sprays.

The shape of this beautiful blue and white vase was copied from an early 18th century European prototype, most probably in glass (see the English glass goblet, plate 1). Glass was particularly popular in Europe at this time and it is quite likely that a drinking glass found its way to China aboard a Western ship, where the shape was copied in porcelain and the ensuing vase promptly exported to Europe.