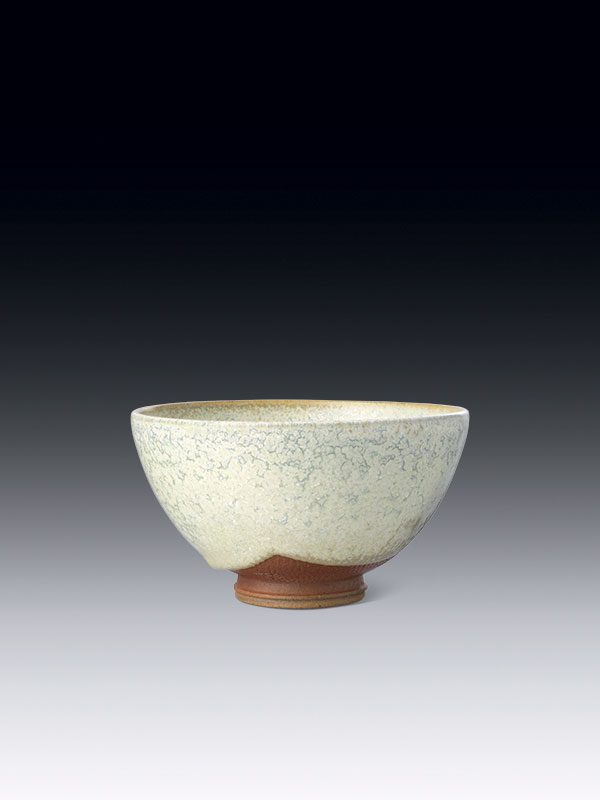 A sturdy pottery bowl with incurved rim by Tetsuaki Nakao, the exterior and interior covered in one of his trademark glazes, this one of white tone. The foot rim and lowest part of the body are unglazed and incised with the signature of the maker. The bowl is contained within a wooden storage box, tomobako, which has an inscription on the outside reading Ginga-yu, chawan, Tetsuaki (Tea bowl, “the galaxy glaze”,Tetsuaki) and the seal Tetsuaki.