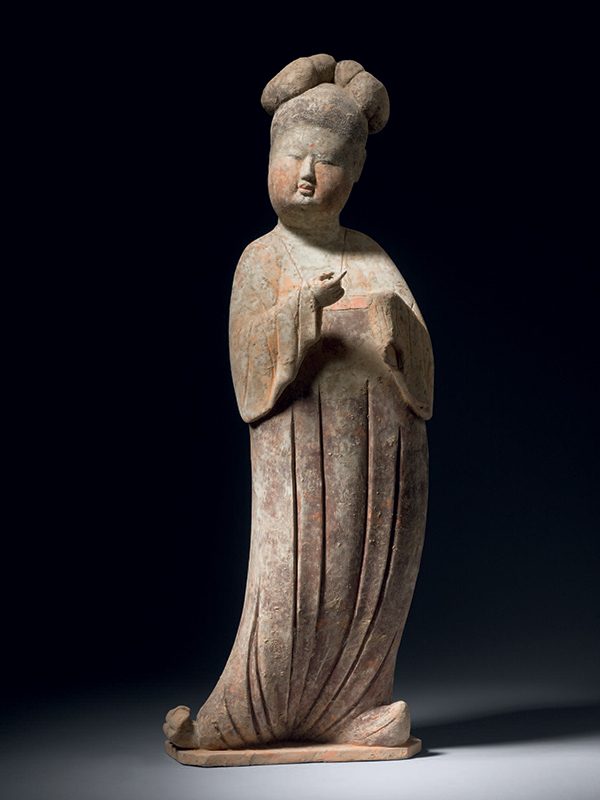 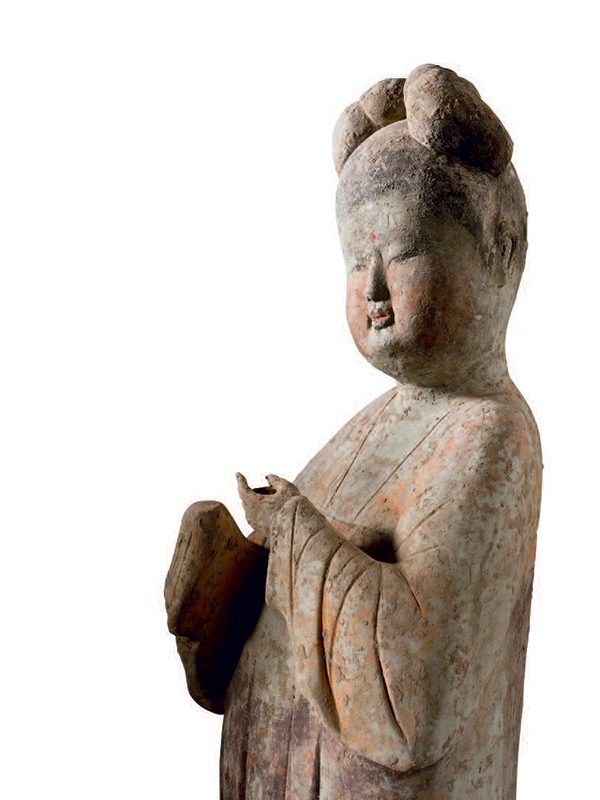 A large pottery figure of a court lady, dressed in a long-sleeved, high-waisted robe that falls in pleats to the floor, covering her left foot, whilst her right foot is exposed, showing a cloud-shaped ornament on her shoe. She holds both her hands in front of her. Her left hand is hidden inside the sleeve, whilst the fingers of her right hand are exposed and held in a pointing gesture. Her hair is gathered into an elaborate arrangement, tied loosely into two buns. The red pottery is completely covered in a thin layer of white slip and the delicate features of the face are painted with red, pink and black highlights. Some traces of bright green pigment can be seen on the clothes.

Pottery figures such as this were originally intended as burial objects and were used to adorn the tombs of wealthy members of the Tang society. The plumpness of such impressive figures is often associated with Yang Guei-fei, one of China’s great beauties. She became the beloved and influential concubine of the Tang emperor Xuangzong (r. 712 – 756) in the early 740s, and only from then on the ideal of voluptuousness was considered beautiful and inspired the fashion for the more plump lady. An interesting comparison to the court lady’s shoes with their fanciful cloud-shaped ornament can be found in a pair of miraculously preserved Tang dynasty fabric shoes with equally elaborate decoration, excavated in Asitana, Turfun, Xinjian Uygur autonomous region.[1] A smaller Tang dynasty pottery lady, comparable in the clothes and the hand gestures but less elaborate in detail, is in the collection of the Palace Museum, Beijing.[2]