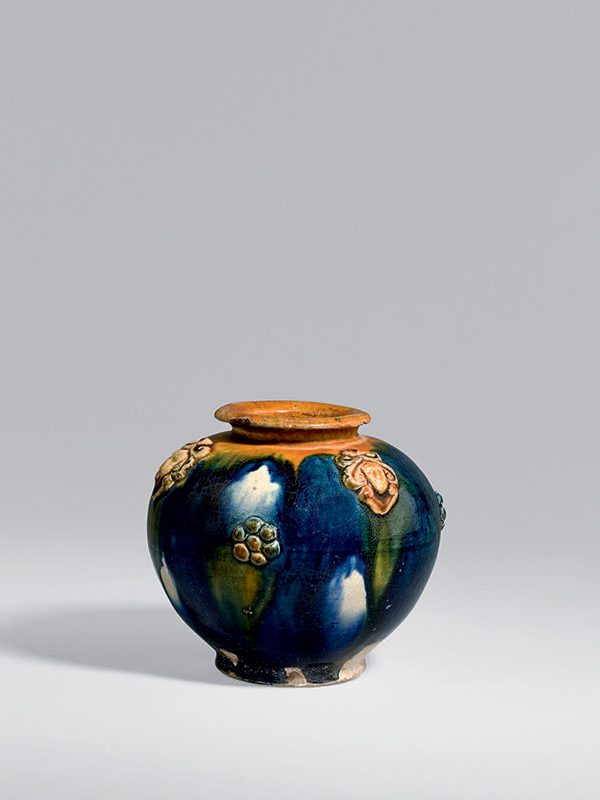 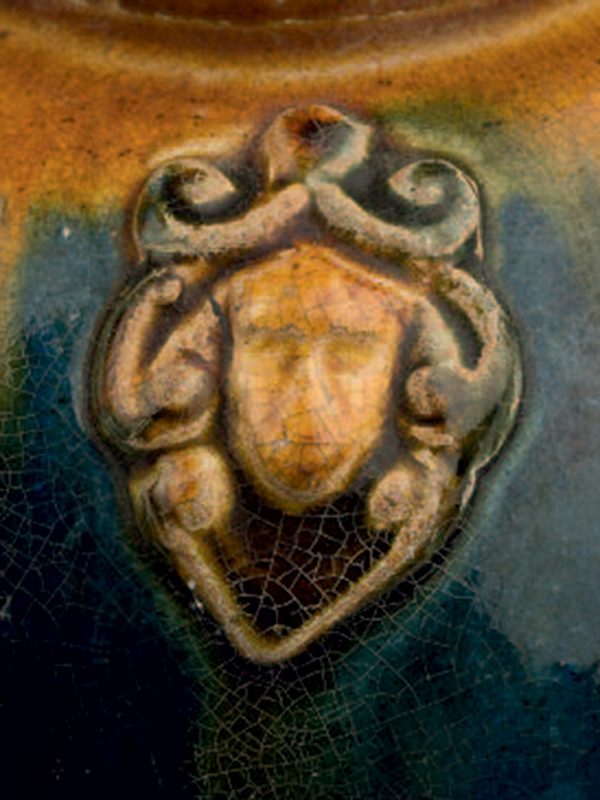 A pottery jar of globular form, the sides tapering down towards a short, flat base. The well-rounded sides curve inwards smoothly at the shoulder and towards the mouth, which terminates in a neatly everted rim. The body is applied with three moulded human faces, each with an elaborate hairdo composed of scrolls. These human masks alternate with three small floral clusters, composed of seven applied beads of clay. The exterior of the jar is covered in a rich, lightly crackled cobalt–blue glaze with splashed green and amber colours, which stops just short of the base. The base and interior are unglazed, revealing the light cream pottery body.

The well-balanced shape of this very unusual jar is known in Chinese as wan nian guan (‘myriad year jar’), so called because it was a popular choice as a funerary vessel.[1] The very rare appliqués of human faces on the jar are unfamiliar to traditional Chinese design and were probably derived from the Khotanese ‘frontal-head’ motif, seen during the Northern Qi (550 – 577) and Sui dynasties (581 – 618).[2] The motif became much more diversified and complex during the Tang period. From the second half of the 7th century the cobalt–blue colour was introduced into the lead glazes of the Tang sancai wares, which until then had typical straw-white, amber and green colours. A Northern Qi or Sui dynasty set of glazed pottery ewer and cup, with comparable human face appliqués, is in the Meiyintang collection.[3] Two comparable Tang glazed jars, both similar in shape and colour combination but without the human face appliqués, are in the Meiyintang collection.[4]