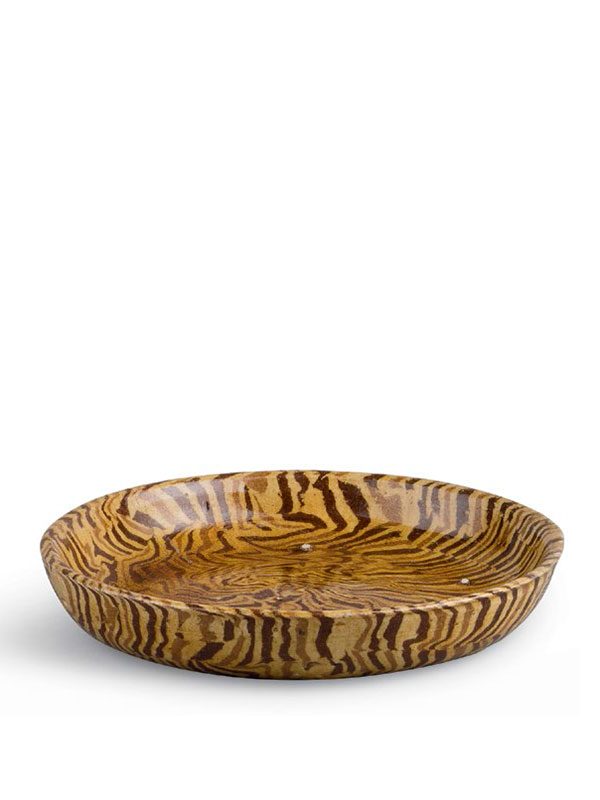 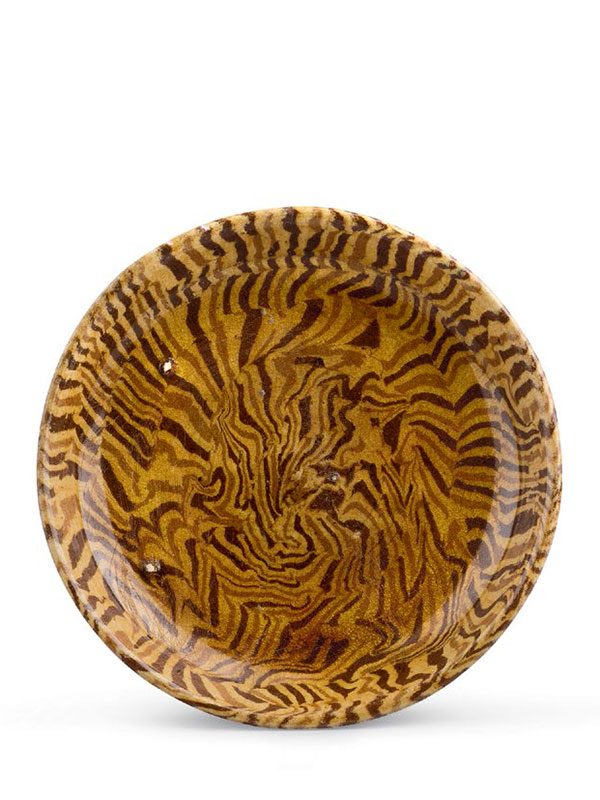 A pottery circular dish with a flat base, slightly convex interior and a flared rim. The dish is made of ‘marbled’ clay, producing a design of mixed dark and light irregular swirling stripes. It is covered in a pale amber-coloured glaze that leaves only the base unglazed. The interior of the dish shows three tiny spur marks.

A ‘marbled’ effect on a pottery vessel, known in China as jiao tai (mixed body) or jiao ni (mixed clay), was produced by kneading together clays of white and brown colours. Different names, such as ‘wood grain pattern’, ‘pheasant’s wing pattern’ or ‘feather pattern’, depending on how the clays are mixed, are given to the resulting effect. This small dish was formed entirely by mixed clay before it was coated in a layer of pale amber-coloured glaze. This technique was developed in the Tang dynasty, when marbled wares were produced particularly in the kilns of Gongxian, Henan province, petering out by the end of the Song dynasty (960 – 1279).1  Two closely comparable marbled dishes of similar form and size, covered in a pale amber-coloured glaze are in the Meiyintang collection.2 A large marbled basin, covered in an amber glaze and excavated in Jiangsu province in 1973, is now preserved in the collection of the Zhengjiang Museum in Jiangsu.3