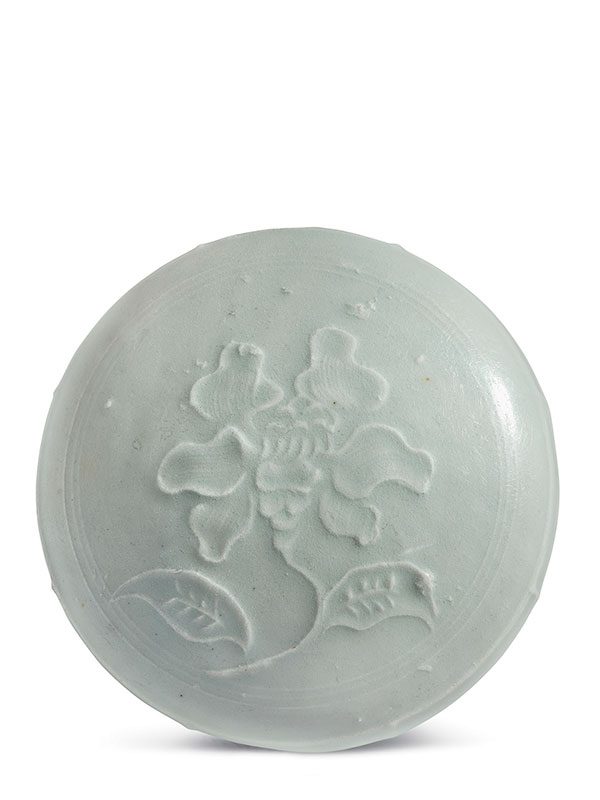 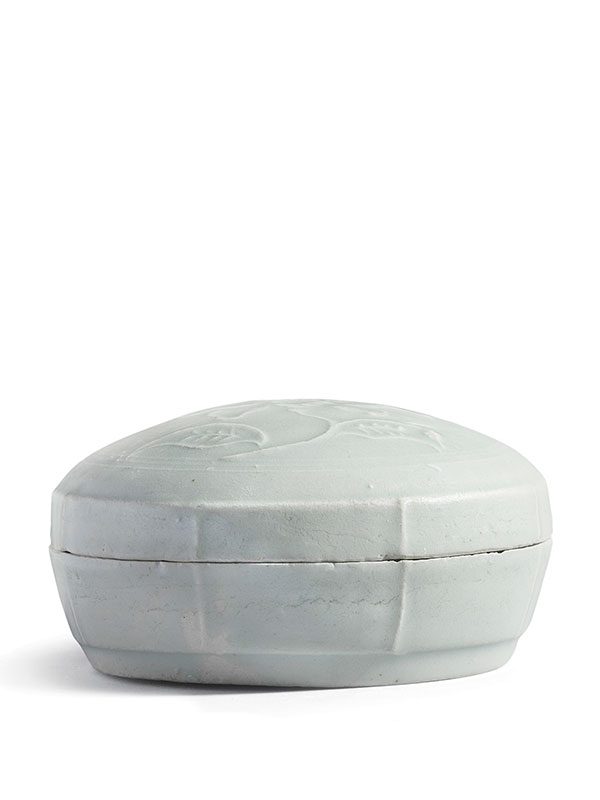 A qingbai porcelain box with domed top and convex base. The cover is impressed with a design of a single camellia flower with leaves. The sides of both the cover and the box are applied with raised ridges, which evenly divide the sides into eight sections. The box is covered in a thin, translucent bluish-white glaze with a hint of a grey tone, leaving the rims and base uncovered, exposing the greyish white body, which has a few grit marks adhering to the foot.

Due to the high demand from markets overseas, the kilns in southeastern provinces, such as Guandong and Fujian, produced many qingbai wares during the late Northern Song to mid Southern Song dynasty.[1] The greyish white porcelain body and the hint of grey tone of the qingbai glaze are characteristics of southern products, different from those made in the Jingdezheng in the north, and indicate that this box might have been produced in Dehua county in Fujian province, in particular at the Wanpinglun kiln site. A closely comparable qingbai porcelain box, similar in size and shape, which also has the divided sides with ridges and floral decoration, was excavated from the Wanpinglun kiln site in Dehua county, and is now in the collection of the Fujian Museum.[2]  The decoration of camellia, known as ‘mountain tea (sancha)’, symbolises winter and endurance, for its red flowers bloom at the beginning of winter and stand in sharp contrast to the white snow.[3]