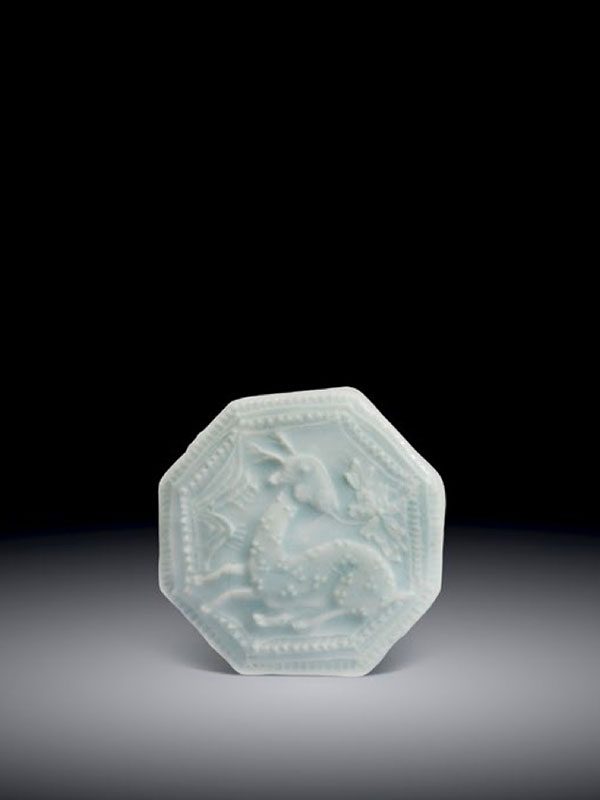 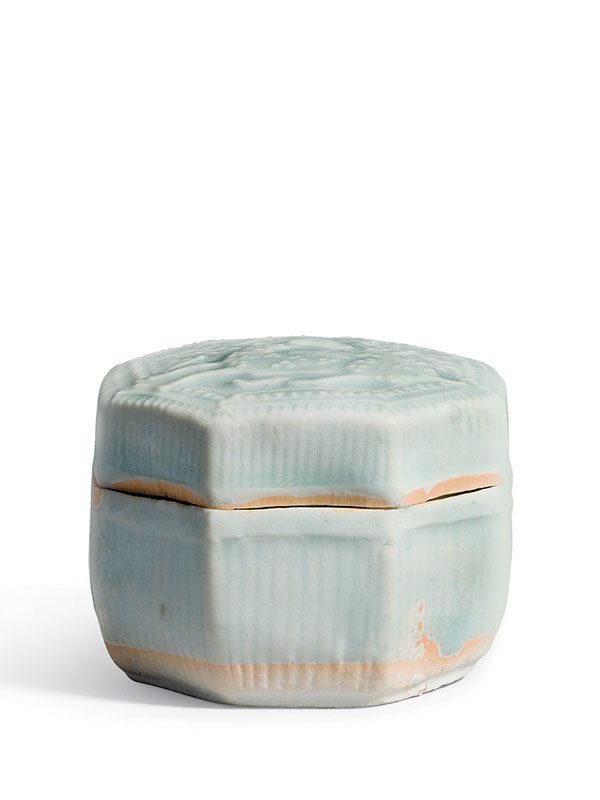 A porcelain box of octagonal shape, supported on a recessed foot, which has a concave base. The slightly domed cover is moulded in relief with a recumbent spotted deer, its hind legs tucked underneath the body and its front legs stretched out. The deer carries a floral branch in its mouth. The decoration is framed within a border of triangular pattern, which is further incised with vertical lines extending from the edges towards the sides. A small knob of clay is attached to both the box and the cover to indicate the correct alignment. The exterior and interior of the box are covered in a pale bluish glaze, which stops in an uneven line just short of the base. Only the inside rims and the base are left unglazed and here the fine-grained whitish porcelain body is exposed, which has some characteristic brown firing marks.

This superb quality qingbai porcelain box is highly unusual, if not unique, for its vivid deer motif on the cover. The box, being formed on the wheel, is circular inside and was subsequently impressed with a mould to create the shaped section. The spotted deer (lu) is a main decorative motif on silverware from the Tang dynasty (618-906) and, due to the similar pronunciation, often represents official emolument (lu).[1] This motif appeared in Song ceramics mainly in Cizhou or Yaozhou wares, such as a Yaozhou dish with a carved deer in the Meiyintang collection.[2] The Victoria and Albert Museum holds a Ding ware dish that depicts two deer.[3] The present box is the only example of qingbai ware that has a deer as its central decorative motif.  Other qingbai octagonal porcelain boxes of closely
comparable shape, mainly decorated with floral motifs, are respectively in the collections of the Världskultur Museerna (Swedish National Museums of World Culture)[4] and the Meiyintang collection.[5]