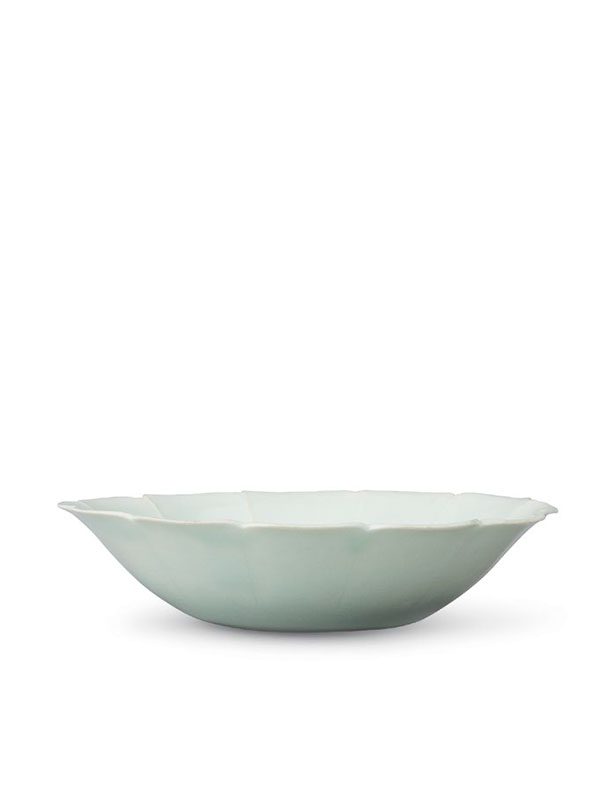 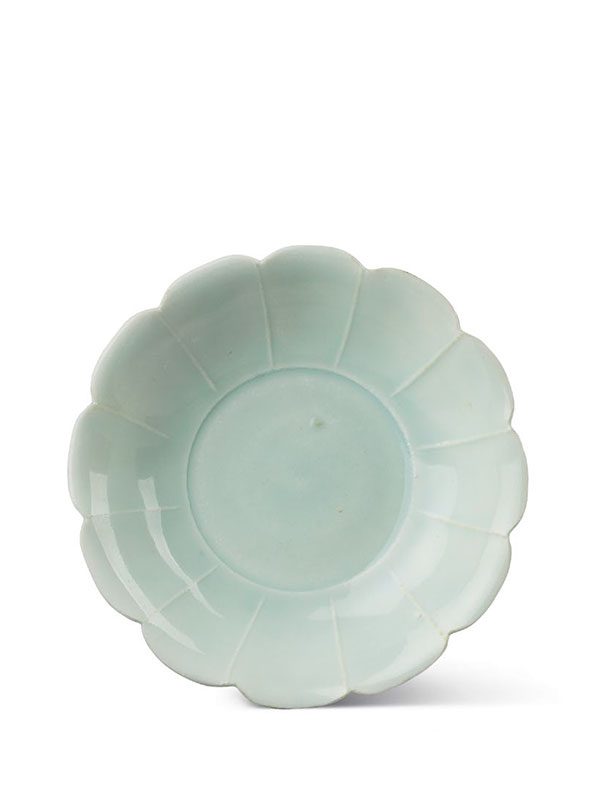 A porcelain saucer in the form of an open chrysanthemum flower, with flat base and thinly potted, curved sides.  Radiating out from the centre, the raised ribs divide the upturned and gently splayed rim into twelve lobes. The saucer is covered in a transparent glaze of pale blue hue, leaving only the base unglazed, showing the fine-grained white porcelain body and characteristic black firing marks.

Porcelain dishes of this form were probably inspired by Tang silver wares or Song lacquer wares, while the qingbai effect, literally bluish-white colour, is the outcome of imitating a jade-like colour. The chrysanthemum flower symbolises autumn. It blooms in frost and icy winds and is noted for its health-giving properties, which consequently gave it its symbolic meaning of long life.1 Dishes such as these usually have an even number of lobes: six, eight, ten or twelve.  A six-petal dish from the Qing Court collection, made in the Hutian kiln at Jingdezhen, is in the Palace Museum, Beijing.2  A foliate ten-lobed saucer, excavated from a tomb dated to 1090 AD in Pengze county, is now in the Jiangxi Provincial Museum.3 There are several comparable twelve-lobed qingbai dishes of similar size: one is in the collection of the Victoria and Albert Museum; 4  two are in the British Museum;5 two are in the Kwan collection; 6 and one is in the Kempe collection.7 A set of four dishes of smaller size is in the Kai Yin Lo collection, Hong Kong.8