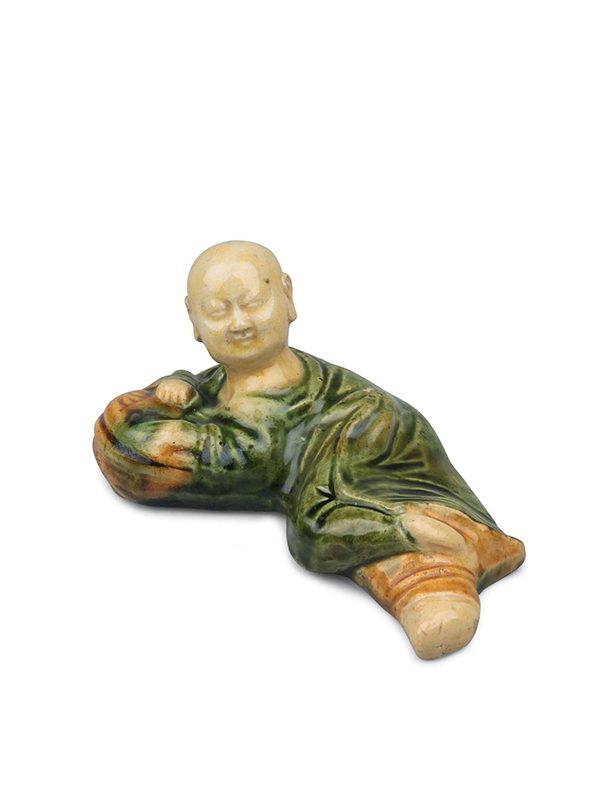 Sancai ceramic brush rest in the form of a recumbent boy

A sancai brushrest in the form of a recumbent boy, resting both his hands on a drum-shaped box. The boy is dressed in loosely fitting robes and has his legs crossed. He lifts his head, which has a smiling expression and has finely detailed features. The figure is covered in green, amber and cream glazes. The base is largely uncovered, showing the finely grained ware, burnt a subtle grey colour.

This unusual ceramic brush rest in the form of a boy has a practical function as a support for brushes, used in either calligraphy or painting.  As such it was most probably made for the scholar’s desk, where it would prove a point of conversation. Brush rests in all sorts of materials are quite common from the 17th century onwards, but it is rare to see such an early example. One finds figures of recumbent boys in the Song dynasty, but they tend to be in the form of pillows, and are mostly made of Ding ware, such as an example in the collection of the Asian Art Museum of San Francisco.1