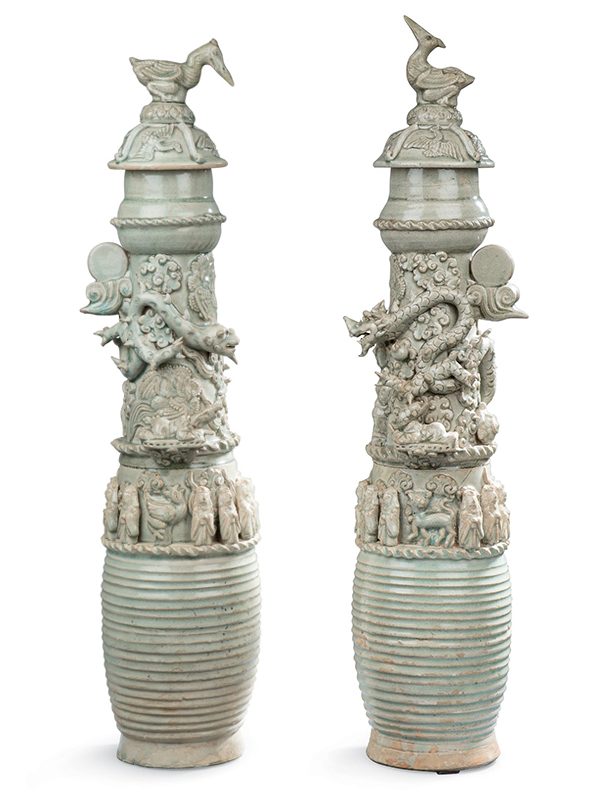 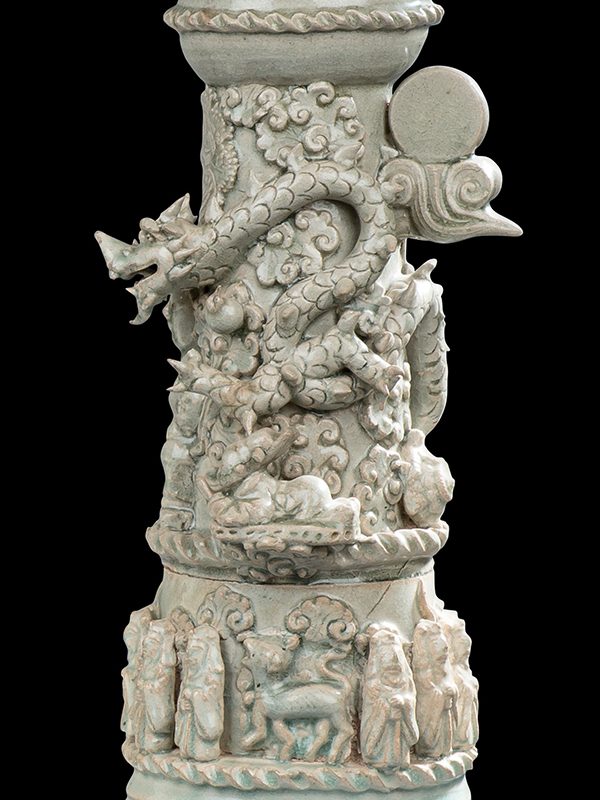 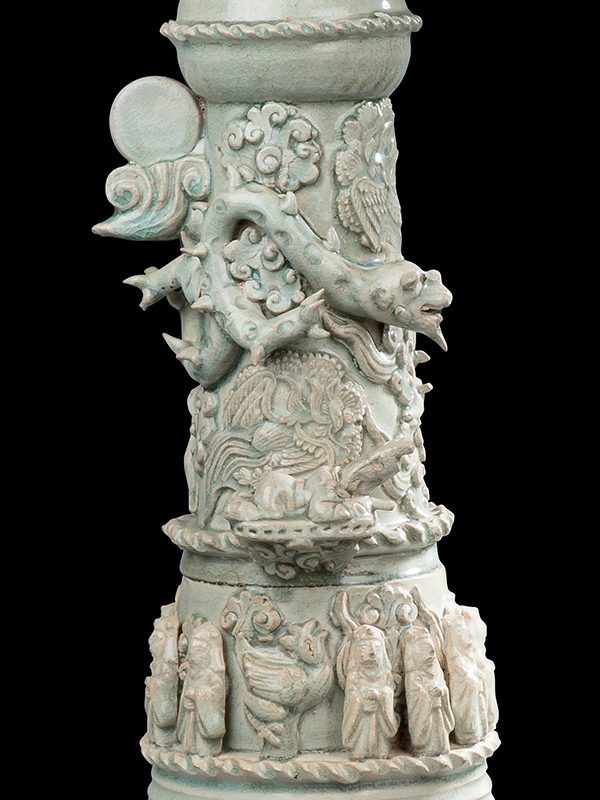 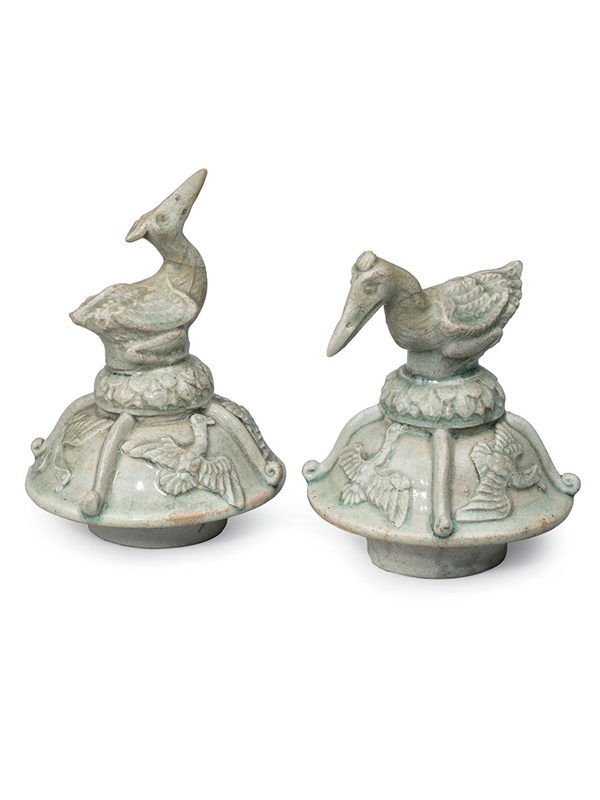 Two porcelain vases of elongated baluster shape, the bottom section with ribbed decoration.  Above this is a band of applied figures, dressed in long robes and leaning on sticks held in front of them. Above the figures, large, scaly dragons pursuing a faming pearl are moulded in high relief and applied to the vase. Deer, phoenix and more figures are also applied, one of the figures depicted kneeling in obeisance, leaning forward with his hands clasped together.   The domed lids are crowned by birds sitting on top of lotuses, above a band of four applied phoenix plaques. The vases and lids are covered in a transparent glaze of pale blue hue, leaving the foot and the base unglazed and showing the fine-grained white porcelain body.

These splendid urns would originally have been placed in a tomb. The application of the various figures points to Daoist religion and the kneeling figure depicted kowtows (from the Chinese term kòu tóu), an act of deep respect shown by kneeling and bowing so low as to touch the head to the ground. In Imperial Chinese protocol the kowtow was performed before the Emperor of China. Despite common conceptions, an Imperial courtier only has to kowtow to the Emperor once. Many Westerners who first encountered the practice believed it was a sign of worship, but kowtowing does not necessarily have religious overtones in traditional Chinese culture.  A very comparable vase can be found in the collection of the Asian Art Museum of San Francisco.1  A pair of similar vases dated to the Yuan dynasty (1279 – 1368) is in the collection of the Indianapolis Museum, a gift of Mr and Mrs Bill Geyer.  A Longquan funeral jar of comparable form is in the collection of Avery Brundage, assembled in the M.H. de Young Memorial Museum, San Francisco and illustrated by Sherman Lee.2