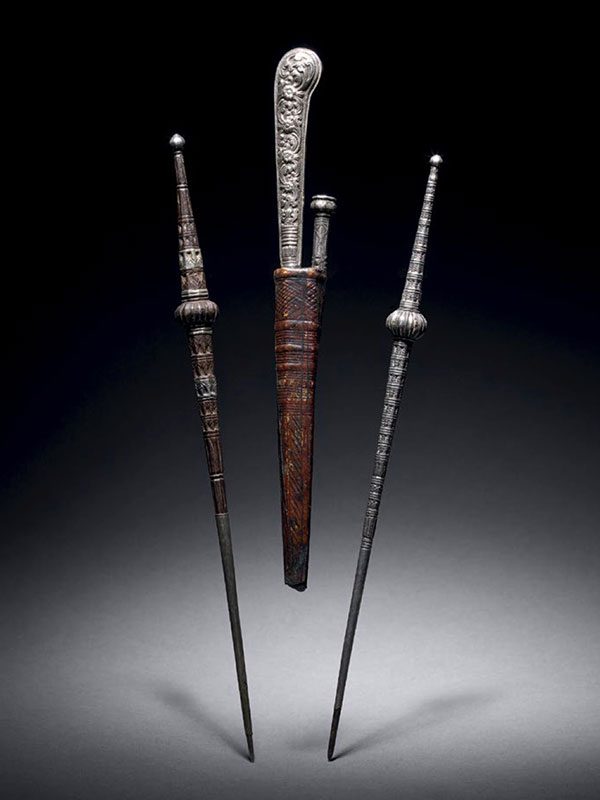 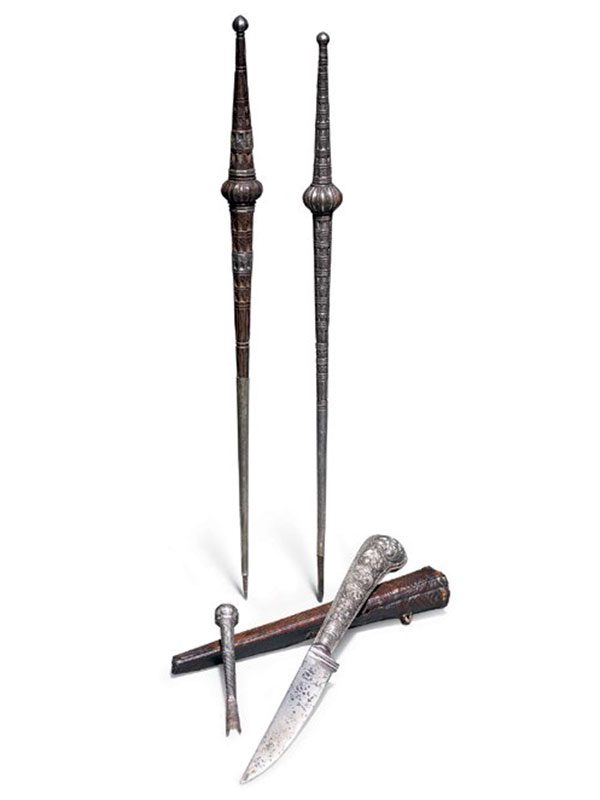 A complete calligraphers set, composed of four steel implements. The set comprises a knife for trimming palm-leaf, the hilt mounted in silver, richly decorated with scrolling flowers, and a pronged palm-leaf holder, equally decorated with fine silver work. The set also comprises two long scribers, made of steel but elegantly decorated in silver with a geometric decoration. The knife and palm leaf holder are contained within a leather sheath that shows some signs of wear.

Palm-leaf manuscripts were made out of dried palm leaves. Dried palm leaves were used as writing materials in South and Southeast Asia, a tradition that dates back to the 5th century BC. They were used to record actual and mythical narratives. Initially knowledge was passed down orally, but after the invention of alphabets and their diffusion throughout South Asia people eventually began to write it down in dried and smoke treated palm leaves or the ola leaf. Once written down, each document had a limited time before which the document had to be copied onto new sets of dried palm leaves as the document decayed due to dampness, insect activity, mold and fragility. With the introduction of printing presses in the early 19th century, this cycle of copying from palm leaves came to an end. The sharp point of the scribers was used to carve the characters into the ola or palm leaf. These leaves were subsequently rubbed over with lamp soot so as to make the characters stand out clearly. A comparable scriber is in the Archaeological Museum at the University of Peradeniya.[1]