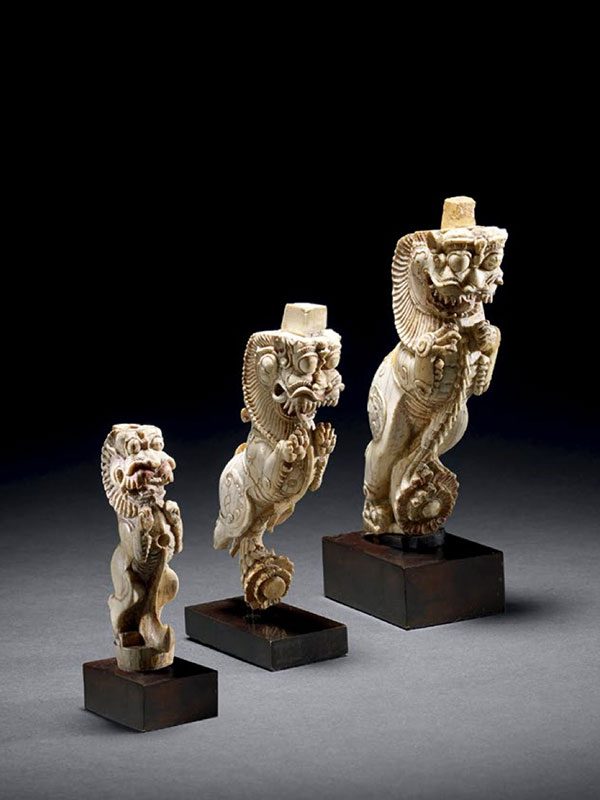 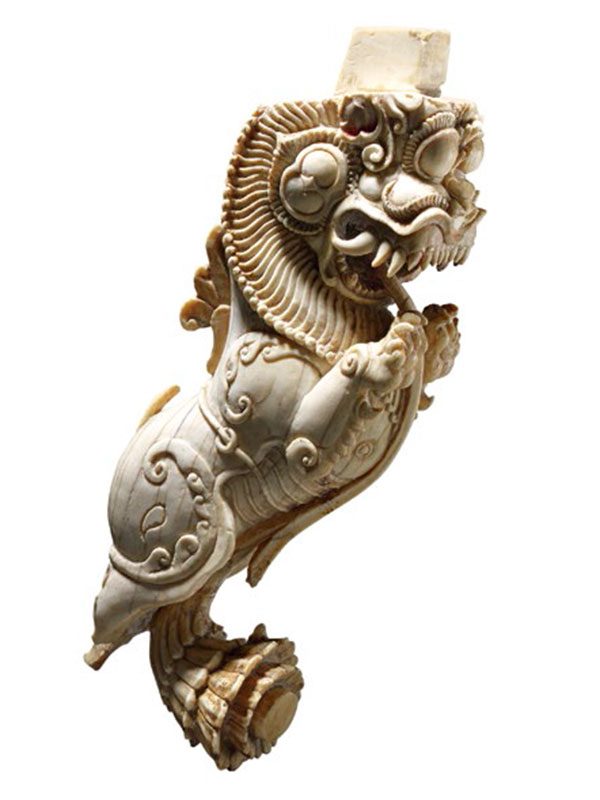 A set of three architectural brackets (yali), each carved from a solid piece of ivory with a leaping animal. Each yali or vyala is rampant with front paws raised, a gaping mouth revealing sharp fangs, arching bodies, and two have thick flower head terminals projecting from between their lower legs. Some traces of pigment are visible.

A yali is a leogryph, a fantastic composite rearing lion or tiger with aspects of a dragon or gryphon. It is also known as a yalaka, meaning a horned, hybrid lion. The yali falls into the class of creature generally termed vyala (the adjective meaning wicked or vicious) or shardula, which can be interpreted as both lion and lioness, or tiger. In Indian architectural temple sculpture, these fabulous beasts are often depicted dwarfing the figures of men who oppose them in combat, or the men are shown riding the yali as an expression of man’s struggle over the elemental forces of nature which the beast represents. The yali also represents the uncontrolled passions and appetites rampant in every man that must be mastered, and is associated with both Vishnu and the goddess Kali. These finely carved yali would likely have been part of a processional mandapa (temple hall) that would itself have been part of an elaborate structure that carried sculptures through the streets during special festivals. Comparable ivory yalis are in the collection of the Victoria and Albert Museum[1], and in the Los Angeles County Museum of Art.[2]