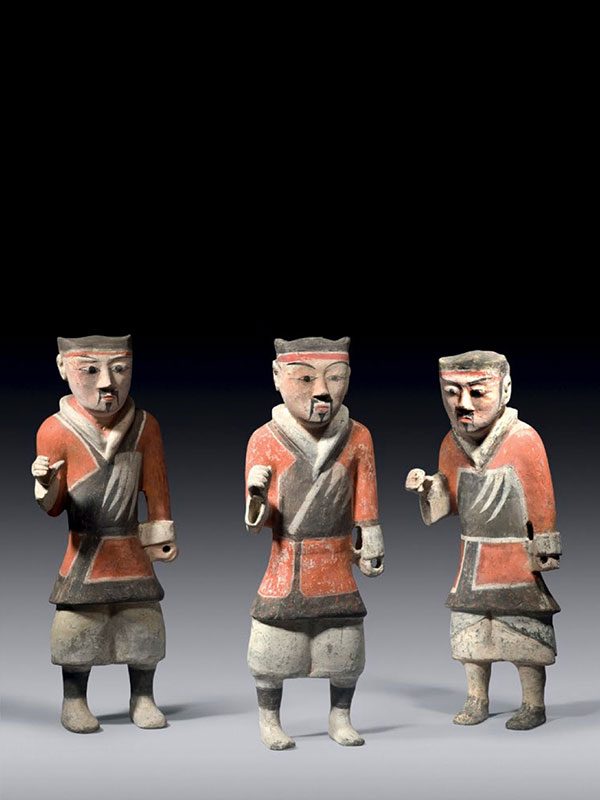 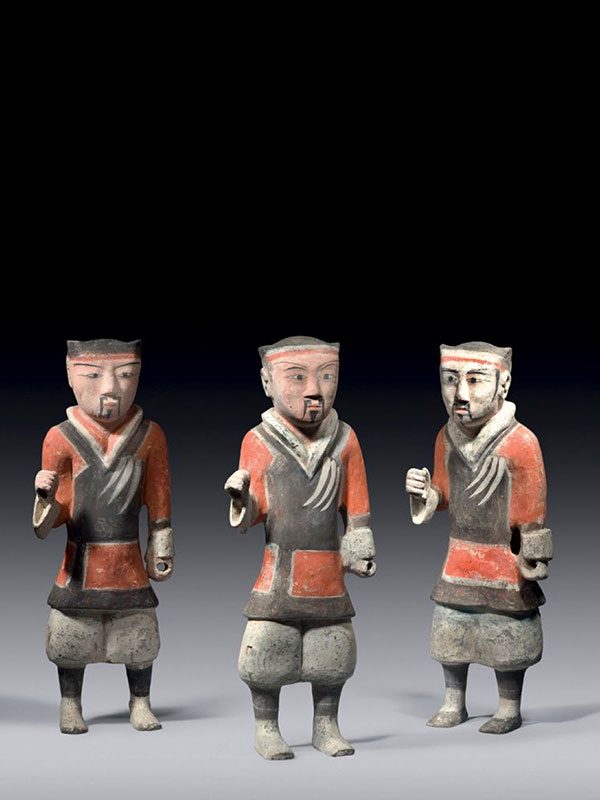 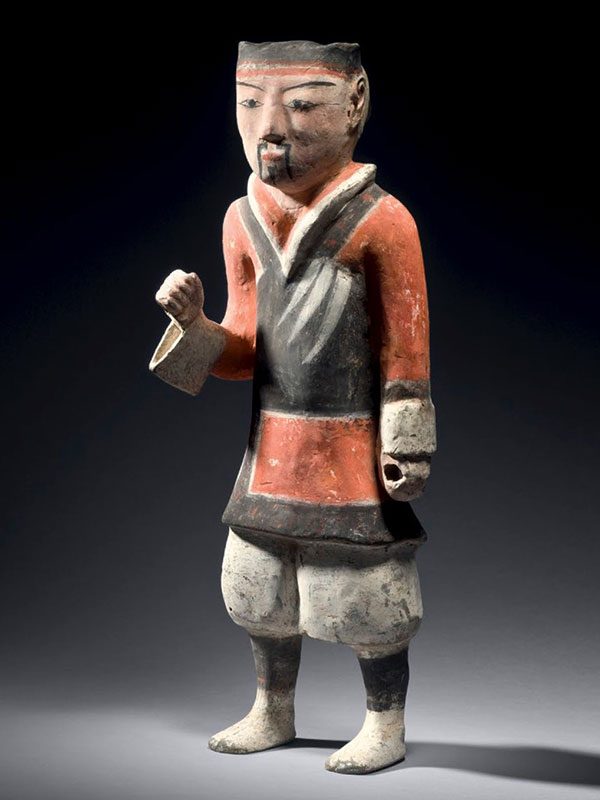 Six large pottery figures of warriors, standing upright and looking straight ahead. Each warrior is dressed in armour, with baggy trousers and boots; the left hand extends downwards, whist the right hand is raised as if holding a weapon, possibly a spear. The body armour is decorated with three or four strokes of white in front of the left chest. Each figure has a slick hairstyle and a well-defined, somewhat solemn expression.  The face of each figure is detailed with a moustache and beard, as well as prominent eyebrows.  Extensive traces of red, white and black pigments adorn each figure.

This group of six pottery warriors reflects the level of pottery craftsmanship of the Western Han dynasty, and also provides important material for studying the military systems of the time. Han dynasty pottery warriors continue the development started in the Qin dynasty (221 – 206 BC), but are smaller and appear to be more conceptualised.  In 1965 a substantial group of such pottery warriors, closely comparable in size, costume and described as infantrymen, was excavated from the burial grounds of Yanjiawan, Xianyang city in Shaanxi province and is now in the collection of the Xianyang City Museum.[1] Another group of pottery warriors, comparable in size and style, was excavated from Yangguishan in 2005 and is in the collection of the Suzhou Museum, Jiangsu province.[2] Two further closely comparable examples of Western Han warriors are in the Muwen Tang collection.[3]