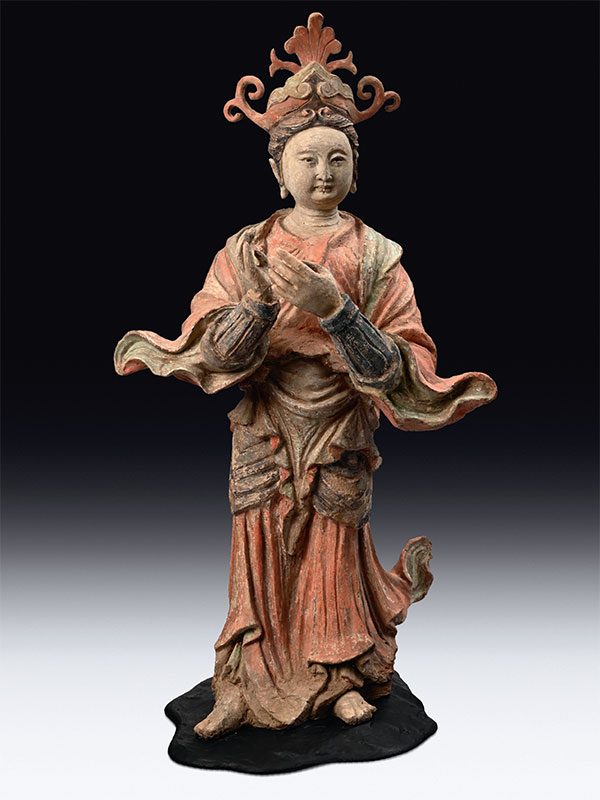 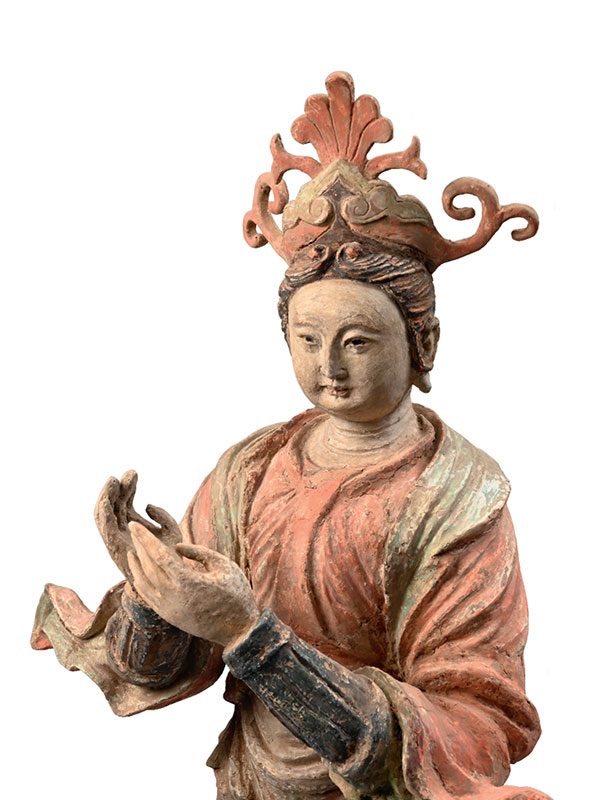 Stucco figure of a standing female

A stucco figure of a female, standing dressed in layered, flowing robes with long sleeves. The cuffs of her outer robe flare out wildly in the breeze. She holds out her hands before her in a gesturing motion. An elaborate tiara with curled ends crowns the head and she also wears a feather-like crown, which is placed on top of her neatly arranged hair. The full face has a benign expression, long earlobes, a pursed mouth and aquiline nose. The eyes are inlaid in blue glass. The figure retains most of the original cream, pink, green and blue pigments.

This unusual figure originates from Shanxi province, which is famous for its stucco sculpture. The interiors of the many monasteries and temples of Shanxi were completely covered in stucco sculptures, arranged in rows along the walls. These depicted Lohans, Heavenly Kings and other disciples, such as bodhisattvas supporting the Buddha. The figures were often made on site in the temple from different layers of clay, some combined with straw, which was applied on a wooden frame. Colour was then applied to the still wet stucco. This figure is stylistically closely related to a group of bodhisattvas from the Shuanlin temple in Pingyao County, central Shanxi province, that was first built during the Song period and rebuilt during the early Ming Dynasty.[1]