Two Lacquer Hibachi in the Shape of Pumpkins 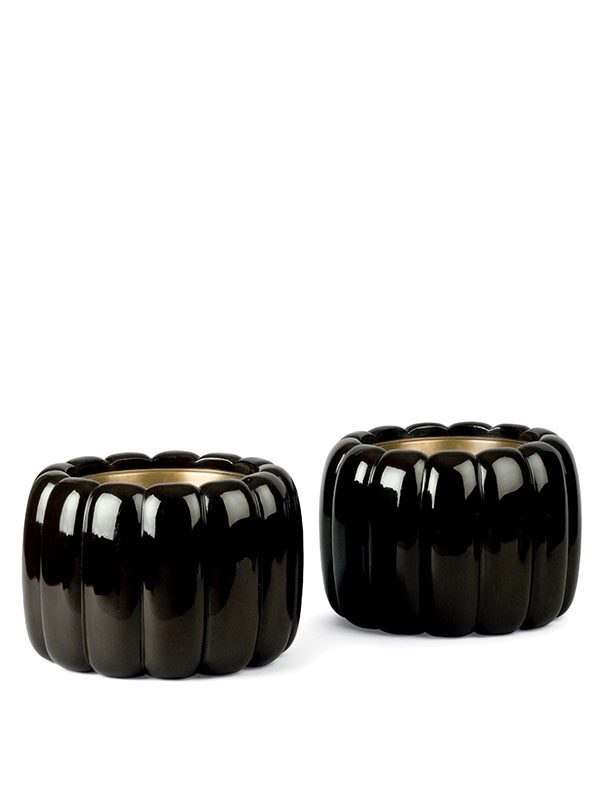