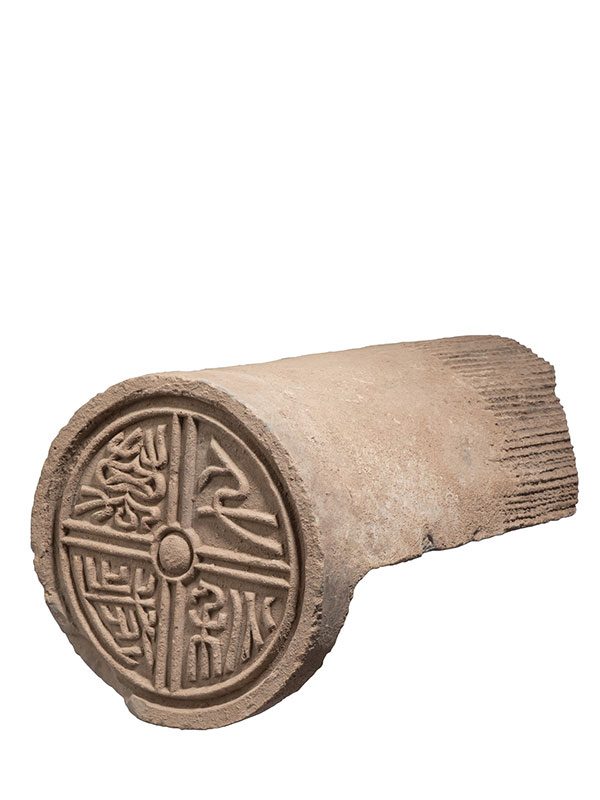 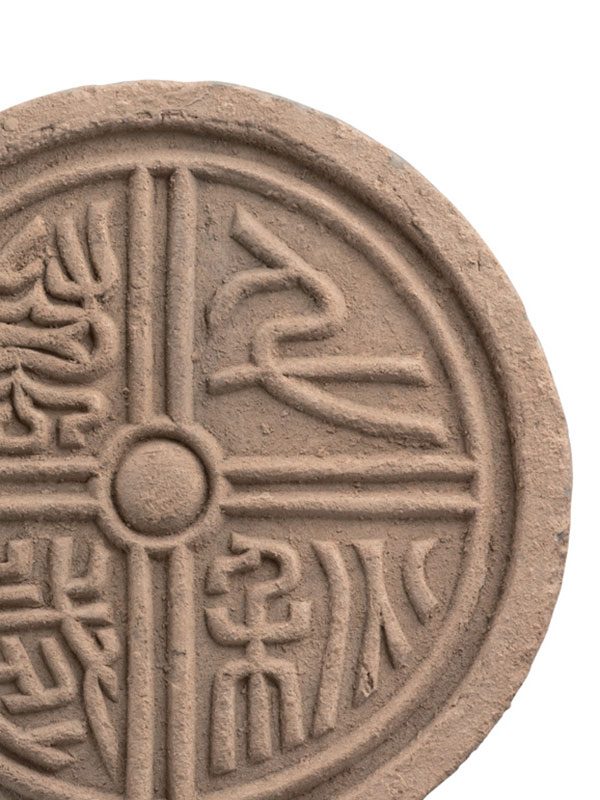 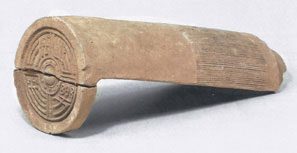 A pottery circular roof tile end (eave tile in English, wadang in Chinese), its back part extended into a half-tubular section, which is carved with parallel grooves. The flat front end is divided evenly into four sections by a two-lined cross, whilst four Chinese characters in seal script are moulded in relief and read (from top right to lower left) ‘long live the future generations (qian qiu wan sui). The pottery is unglazed and retains the original buff colour.

This finely made roof tile end, known as wadang, represents the rich cultural heritage of China’s millennium-old field of architecture as an important component and of ornamentation, with both protective and decorative functions. Roof tiles, or wa in Chinese, appear as early as the Xia dynasty (2100 – 1600 BC) and served to protect inhabitants from weather hazards and intruders. The first tile in each row of roof tiles is called wadang, since dang in archaic Chinese means ‘the end’. The first tiles are usually placed underneath each row and all the way along the eves of the sloping roof. Wadangs adorned with moulded designs can be traced back to the Western Zhou dynasty (1100 – 771 BC), and the use of stylised characters as architectural ornaments appeared in the State of Yan during the Warring States period (475 – 221 BC). Such tradition flourished during the Qin (221 – 206 BC) and Han dynasties, and is therefore known as ‘Qin brick and Han tile (qin zhuan han wa)’.[1] The technique of making wadangs reached its peak in the Han dynasty, when the designs were elaborate and they were decorated with characters in seal script (zhuan shu), such as the current example. Some Han dynasty pottery roof tile ends, closely comparable in size and seal script decoration, are in the collection of the Institute of Archaeology, Chinese Academy of Social Sciences (fig. 1).[2]