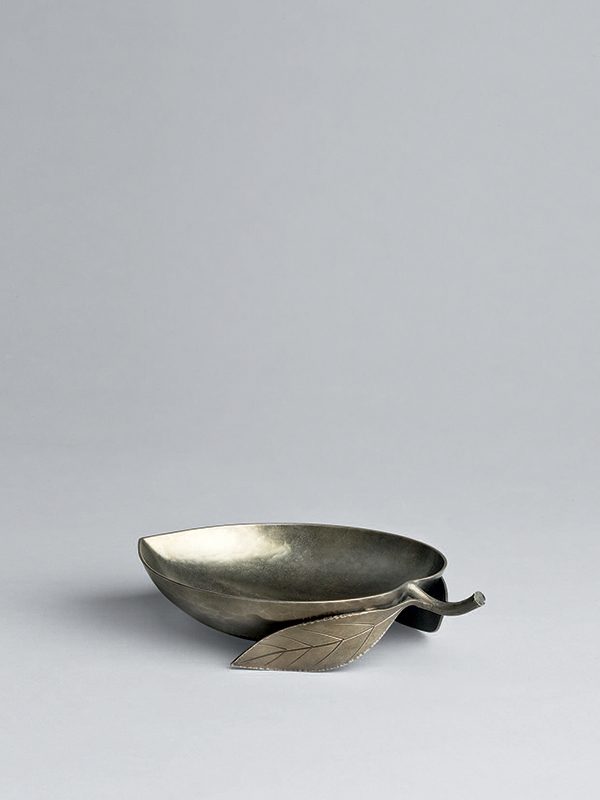 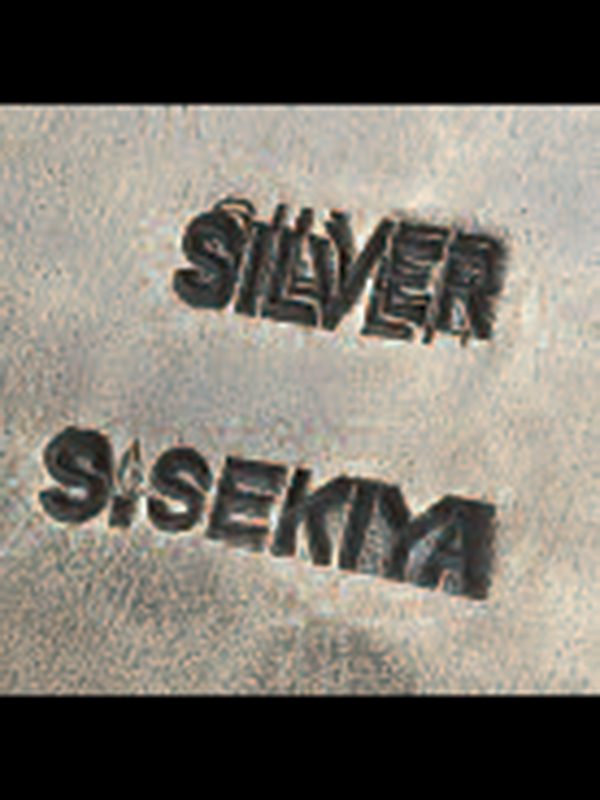 A hammered silver cup in the form of half an open peach, with a handle in the shape of a stalk and two leaves with serrated edges. The cup has a hammered surface, which has an iridescent silver patina. The reverse is stamped with the mark ‘Silver’ as well as the maker’s mark: S. Sekiya.

Sekiya Shirō was nominated a Living National Treasure (Ningen kokuho) in 1977.  He was born in 1907 in Akita prefecture, and moved to Tokyo in 1928 to study under Kawachi Muneaki (1888­-1962).  Sekiya Shirō exhibited extensively at the Nihon Tankin Kyokai (Japan Hammered Metal Art Association), Nitten, and Nihon Dento Kogei (Japan Tradition Art Crafts) exhibitions and was awarded numerous  prizes. He is known for his skills in uchidashi (the hand­-hammered technique) and also for joining metal sheets. The silver vase (page no.128) is also a good example of Sekiya’s work. The fact that Sekiya’s mark on this cup is in English suggests that it was perhaps included in one of the European exhibitions of Japanese craft held in the first part of the 20th century. Sekiya died on the 3rd of December, Heisei 6 (1994). Examples of Sekiya’s work can be found at the Tokyo National Museum of Modern Art.[1]